Our February development update is now available! Check it out at https://blog.calltoar.ms/february-2020-development-updates/

We are publishing all of our development updates over at https://blog.calltoar.ms/ -- come check us out there!

Behind the scenes, CallToAr.ms is being redesigned. To be newer, better, faster, and stronger! It's been a long time since any improvements have taken place, and it's time to take a step forward to make your lives easier.

You won't notice any changes just yet; there's still plenty of work to be done, but an official v0.1 will be released as soon as possible.

Now, with the move to the new system, that means that our old user database will go away, and we'll be starting from scratch. We'll be starting with a slightly smaller set of features, but we'll be adding features quickly as we keep building new features.

For now, stay tuned to our development blog for new updates!

Oops! We screwed up!

So we inadvertently had a bit of downtime over the past few days.

Our backend task scheduler, Sidekiq, stopped running. As a result, messages were not being sent out.

Why did this happen?

I (Brian) was a moron, and the application server ran out of memory. Normally there is swap space allocated for this situation, but unfortunately it was not running at the time.

So sorry about the delay in messages sending. To prevent a huge flux of messages to be sent out when they're horribly out of date, the notification queue was emptied.

Hey all! We have some small but exciting changes to announce.

We've received a lot of requests for being able to send notifications to play some time in the future. Now you'll be able to send a notification saying that you want to play in, say 15 minutes, or 1 hour. It's up to you!

You can find this new feature sitting on Your Dashboard, so be sure to check it out.

That's the only big public feature we've touched on recently. There's been some backend enhancements, but nothing user visible. Rest assured, more changes are on the way, and we're looking forward to releasing them soon.

Today we release the first iteration of a new feature: Tags.

Sometimes, you only want to send notifications to a group of your friends. You may play with a clan and a group of friends, and want to notify just your clan that you'll be playing.

We have released the first iteration of this functionality, which is the tagging part. You may now add and remove tags from your friends, and see who is tagged under the tags menu. Currently, tagging has no effect on notifications; that's coming up next, but we wanted to get the tagging functionality in your hands as soon as possible to provide feedback for us.

Today we release preliminary support for notifications via Pushover. Pushover is a notification app for iOS and Android. Sign up for an account on their website, and we will push notifications to you instantly.

We have compressed the menu system a bit. Look under You for most of your menu items.

Aliases and Feedback, Oh My!

Some of you were getting errors when sending out invitations. I'm happy to report that those should all be cleaned up now. If you have any issues with it, be sure to let us know in the Feedback Form below.

Everyone's got that friend who likes changing his nickname every week. Sometimes it's hard to remember who is who with all of these handles that everyone has. Today, we release the ability to add aliases to users. These are personalized labels you can attach to users so you can label them however you wish. Currently they only display on the user's profile page, but we will be expanding it to display in other places as we get feedback on where we should be making the changes.

So you've found an issue, or you have this sweet idea for what we should add next. Great! If you look down below in the footer, you can now see the new Feedback page. Simply pick your feedback type, type out a quick blurb to us, and we'll take a look at it. If you find any issues, you can let us know through there.

We haven't forgotten about this, we swear! We're starting work on this feature shortly.

Coming soon will be a new notification method: Pushover. Pushover provides a notification system for iOS, Android, and desktops alike. We're still in the initial planning phases for this, so this one may take a while.

We've just given everyone three invites to hand out to their friends. Check up at the Your Friends menu up top, and you'll find the Invite menu available to you.

Quiet Time, The Blog, And More! 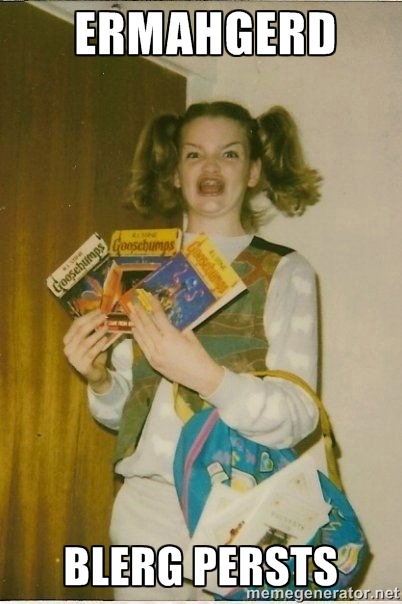 Holy crap guys, we now have a blog. That's cool, right? Right...? Whatever, it's cool to me. And hopefully I'll keep you updated with all the latest news and features here.

I want to thank all of you for your support through the start of CallToAr.ms. I'm moving as fast as I can to get the core set of features implemented so you can get all your friends on board and joining the call.

You probably saw this already! That orange bar at the top of the page notifying of things? Cool, right? If I need to send out something to all of you, that's how it'll be done. Nice and simple. Hit the "Close" button on the right and it won't be shown again in this browser.

Feedback is crucial to getting CallToAr.ms running in tip-top shape, and that's where you all come in. If there's something that you think should be changed or isn't working right, you'll be able to let me know there.

That's all for now! I'll keep you posted on new features as they come up. Keep an eye out for a round of invitations to be coming your way soon, so you can invite your friends to CallToAr.ms!